Plastic Sugeries - What Can Be Improved? 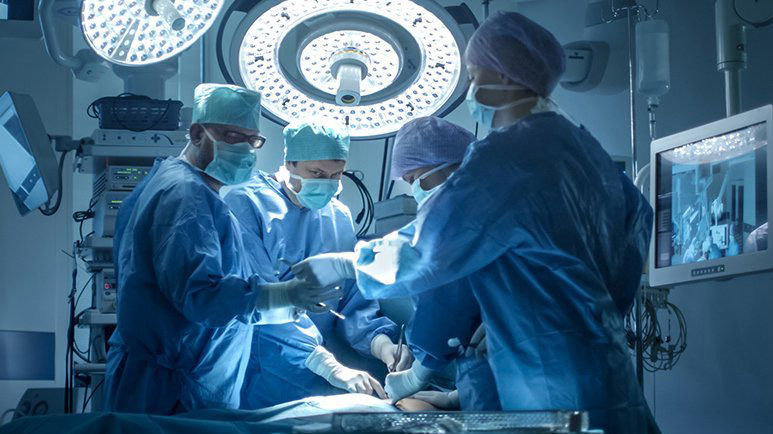 Plastic surgery: breast and mouth augmentation, face lift, tummy tuck, nose or ear correction are becoming more and more popular. Check what are the most popular plastic surgeries and how much they cost, and how to avoid the effects of a failed surgery.

Plastic surgery arouses constant interest. Over 80 percent women would like to change something in their appearance. Many of them also declare that if an opportunity arose, such as a cash injection, they would be willing to put themselves in the hands of a plastic surgeon. Today, women most often enlarge their breasts. Most of the women who undergo breast augmentation surgery are in their 20s. There is also interest in reducing or straightening noses - women of all ages decide on this plastic surgery. Many women want to smooth out wrinkles (most patients are over 30 and 40) and suck fat from thighs and abdomen (regardless of age). Plastic surgery in private places is also becoming more and more popular. With the help of a surgeon, you can even "regain" your virginity.

More and more men also visit plastic surgeons. Although they are still in the minority - they constitute approx. 10 percent. patients - however, it can be expected that this number will increase. Men suffering from gynecomastia, i.e. enlarged breasts, often visit clinics. Gentlemen are also happy to straighten their noses and - mainly after the age of 30, 40 - reduce the circumference of the waist. The correction of drooping eyelids is also very popular.

How much does plastic surgery cost?

- I see the reasons for the interest in plastic surgery among men when their partners are young. Many of them do not want to stand out from them in appearance. In addition, gentlemen also want to increase their chances on the labor market. They have trouble at school because of this, they feel unacceptable. This situation has a bad effect on their psyche. Then the surgery can help the child build good relationships with colleagues and higher self-esteem.

It is estimated that a statistical doctor refused to perform the procedure in 12% of patients. patients. The reason for such a refusal may be the state of health of the patient. The person who wants to undergo surgery must be completely healthy. To verify this, a lot of research needs to be done. Even an untreated tooth can be an obstacle. The reason for the refusal may also be the mental condition of the patient. One of the most glaring cases are people suffering from dysmorphophobia, i.e. an obsessive fear of ugliness. In the patient's consciousness, slight defects of beauty become monstrous deformities with which he cannot live. He looks for rescue in plastic surgeries, but in reality even a series of treatments would not bring him any relief.

Excessive expectations regarding the effects of plastic surgery

Often, patients expect too much after surgery. They believe that with breast enlargement or fat suction, their lives will change completely. They hope that after plastic surgery they will get a better job, keep their partner with them, and increase their self-esteem. For people with such high expectations, confronting reality can be very painful. The operation does not solve personal problems. Yes, it can help you regain self-confidence and there are cases when, for example, nose correction, which has been the cause of complexes for years, gives a huge injection of self-confidence, which opens another door. It can be a stimulus to act and achieve a chosen goal. However, the procedure will not change the patient's character and if he is shy and conservative on a daily basis, it is very unlikely that he will suddenly become a hit. It will be similar with the partner - bigger breasts will not stop his feelings. Then the patient experiences a huge disappointment, which very often leads to depression. It is a difficult task for the doctor to recognize the true motivation of a person who wishes to undergo surgery and to make them realize that their expectations are too high. In the USA, there are special therapies for women whose plastic surgeries did not bring the intended effect, making them depressed.

Victims of the operation

The media outdo each other in showing the victims of plastic surgery. Unfortunately, most often these are addicted women who need specialist help. Jocelyn Wildenstein, in order to keep her husband with her, decided to undergo a series of treatments to make her look like ... a cat. The husband is gone anyway, but she continues to succumb to the surgeries that made her a monster. Angelina Jolie's fan also caused a lot of controversy - she underwent many surgeries to look like an idol. But that's not all - just like Angelina, she wanted a large number of children, so she underwent IVF to conceive octopuses.

Unfortunately, if the treatments were cheaper, addiction to them would probably become a new civilization disease. There are patients (the vast majority of women) who cannot stop at one treatment. In their pursuit of perfection and ideal, they lose themselves, falling into the trap of addiction. - Plastic surgery is like renovating an apartment: when one thing changes, the others adjust to this change. Often, these people are not able to see the borderline beyond which the effects of treatments become caricatured. They are still imperfect in their own perception. Addiction to plastic surgery is the same disease as addiction to gambling or drugs and, like other addictions, it is associated with a lack of self-acceptance. A good plastic surgeon should recognize the problem and refer the patient to specialist treatment.

Addictions are not the only risks associated with plastic surgery. The threats are the unprofessional "clinics" emerging like mushrooms after the rain, taking advantage of the lack of strict regulations regarding who can deal with improving the appearance. Institutions of this type offer injections of Botox or hyaluronic acid, and even more invasive treatments, although the people who do it do not have medical education. The so-called aesthetic cosmetics, which often feeds on the naivety and, above all, ignorance of women. - I have dealt with women disfigured by unprofessional, sometimes even at home "treatments", and such damage is very difficult to repair. Uneven, shapeless breasts, badly injected botox creating tumors - these are just some of the risks faced by people who put themselves into the hands of people without medical education. Yes, even in the best clinics, unsuccessful operations can sometimes occur. However, these are extremely rare cases.

How to choose a clinic?

It's best to visit several resorts. Go to an appointment, talk to your doctor, find out if the doctor has a specialization. Many doctors declare themselves as an aesthetic surgeon, even though they do not have such education. Avoid offices where the visit and operation are overnight, especially those that operate without tests. Also, do not trust clinics with very large advertising. It is safest to visit offices that have been on the market for years and have an established reputation.